The umbilical cord develops from the yolk sac and allantois. It forms by the fifth week of development, replacing the yolk sac as the source of nutrients for the embryo. The cord is not directly connected to the parent’s circulatory system, but instead joins the placenta, which transfers materials to and from the parental blood without allowing direct mixing.

Within the baby, the umbilical vein continues towards the transverse fissure of the liver, where it splits into two. One of these branches joins with the hepatic portal vein (connecting to its left branch), which carries blood into the liver.

The second branch (known as the ductus venosus) bypasses the liver and flows into the inferior vena cava, which carries blood towards the heart.

The two umbilical arteries branch from the internal iliac arteries, and pass on either side of the urinary bladder into the umbilical cord, completing the circuit back to the placenta.

Cutting and clamping the cord.

The umbilical cord enters the baby via the abdomen, at the point which (after cutting and clamping) will become the baby’s belly button.

The cord can be clamped at different times; however, delaying the clamping of the umbilical cord until at least one minute after birth improves outcomes as long as there is the ability to treat the small risk of jaundice if it occurs.

Does Cutting The Cord Hurt Your Baby?

Clamping is followed by cutting of the cord, which is painless due to the absence of nerves. The cord is extremely tough, like thick sinew, and so cutting it requires a suitably sharp instrument.

While umbilical severance may be delayed until after the cord has stopped pulsing (1-3 minutes after birth), there is ordinarily no significant loss of blood while cutting the cord.

Current evidence neither supports nor refutes, delayed cutting of the cord, according to the American Congress of Obstetricians and Gynecologists (ACOG) guidelines.

Did you know all these amazing things about your babies Umbilical cord?

Let us know in our comments below 😊 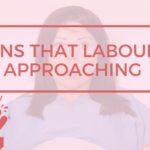 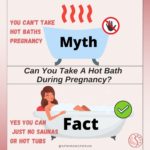