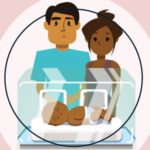 Jealous of other moms and babies