Group Beta Strep (long name – Group B Streptococcus) is a bacteria that can live inside your perineal area (aka, your vagina/rectum/urethra). It’s a common, normal bacteria that live in about 25% of women!

We all have normal strands of good bacteria that live inside of our bodies, and Group Beta Step is just another one of those strands for some people! It’s NOT a sexually transmitted disease. ⁣

What does Group Beta Strep (GBS) have to do with pregnancy?⁣

Group Beta Strep can be harmful to the baby because the baby can contract either meningitis or become septic (get a blood infection) from this bacteria. ⁣

Signs and symptoms of possible GBS infection include the following:

Most babies who develop Group Beta Strep recover without complications, but, as with may bacterial infections, severe cases do sometimes occur.

Your healthcare provider will test you at about 35-37 weeks gestation. Tests done earlier in your pregnancy aren’t a good guide to your condition at birth because the bacteria can come and go. The test involves taking a swab of the inside of the vagina. Your doctor or midwife will do this, or you may be able to do it yourself.

Don’t feel guilty about a positive test. You did not get it from anything you did. GBS is found in the human body, most commonly the intestinal and genital tracts. In healthy individuals, it typically does not cause illness.

Okay, but what if I don’t make it to the hospital in time for my IV?

If for some reason you do not make it to the hospital to get your IV antibiotics in a timely manner, it’s OKAY!

In most hospitals, what will happen is they will want to just watch the baby in the hospital for any symptoms for at least 48 hours, and they MAY want to draw blood from your baby to see if the baby’s blood counts indicate any signs of infection. ⁣

With that said, do take into consideration your timing of arriving at the hospital/birth centre if you are GBS positive (unless of course your labour goes so quickly and you can’t control it!) ⁣

Do I really have to be connected to an IV the whole time?⁣

No! IV infusions are only 30 mins, so you can just get the antibiotics, and then if you wish to be disconnected from the tubing, that’s totally fine!⁣

Group B Strep and Cesarean Birth

Women who have a cesarean birth do not generally need to be given antibiotics for GBS during delivery if their labour has not started and the amniotic sac has not ruptured (their water has not broken).

With that said, it’s advisable to still be tested for GBS because, even with the best planning in the world, labour may happen before a cesarean birth.

Other things to consider

So there we have it and we hope that clears some stuff up!!

Remember, this article is not intended to stress you out our scare you 😊 but it’s important you are informed. Pregnancy will be a new thing for many of you so we share the above information in the spirit of making sure you are as prepared as possible.

Were you tested for Group B Strep? What were your experiences?

Let us know in our comments. 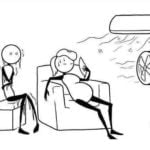 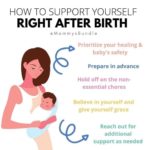