Group Beta Strep (GBS) is a type of bacteria that’s naturally present in about 25% of women.⁣⁠

The infection is usually harmless in adults, but can be dangerous in newborns and adults with chronic conditions, such as diabetes or liver disease. Symptoms in newborns include fever, trouble feeding and lethargy. Adults who are immunocompromised may get a urinary tract or blood infection or pneumonia.
⁣⁣⁠
We all have good bacteria in our bodies, and GBS is just another one of those strands for some people! It’s NOT a sexually transmitted disease.⁣⁣⁠

What does GBS have to do with pregnancy? ⁣⁠

GBS bacteria is not harmful to you at all, but it CAN be harmful if it’s passed to the baby through the birth canal during labour and delivery.⁣⁠
⁣⁣⁠
GBS in newborns can lead to life-threatening infections including sepsis (blood infection), pneumonia (lung infection), or meningitis (infection of the fluid lining the brain).⁣⁣⁠

What causes Strep B in pregnancy?

How do people get group B strep? Well, the bacteria is normally found in the vagina and/or rectum of about 25% of all healthy, adult women. Women who test positive for GBS are said to be colonized.

In newborns, group B Streptococcus infection is acquired through direct contact with the bacteria while in the uterus or during birth; thus, the gestational bacterial infection is transmitted from the colonized mother to her newborn.

Screening and prevention are key! ⁣⁣⁠GBS screening is a routine recommendation for pregnant women between 35-37 weeks. If a test finds GBS, the woman is said to be “GBS positive.” This means only that she has the bacteria in her body — not that she or her baby will become sick from it. GBS infection in babies is diagnosed by testing a sample of blood or spinal fluid. But not all babies born to GBS-positive mothers need testing.

If you’re positive you’ll need IV antibiotics during labour to help rid the bacteria from your body & protect the baby.⁣⁣⁠
⁣⁣⁠
The best practice is antibiotics 4 hours before you deliver – this gives the IV medication enough time to kill the bacteria before the baby is born.⁣⁣⁠
⁣⁣⁠
According to the CDC, if you receive these antibiotics within 4 hours of delivery, a baby’s chances of contracting GBS sepsis is about 1 in 4000 (as opposed to 1 in 200 if you don’t make it!)⁣⁣⁠.⁠
⁣⁣⁠
Okay, but what if I don’t make it? Don’t stress – it happens! Yes, your baby is technically at an elevated risk for infection.
⁣⁣⁠
BUT modern medicine is highly effective – with treatment, babies have a 95% survival rate & you will be in the best hands for observation should symptoms arise!⁣⁣⁠
⁣⁣⁠
In most hospitals, what will happen is they will want to watch the baby in the hospital for any symptoms for at least 48 hours⁣⁣⁠.⁠

Do I really have to be connected to an IV the whole time? ⁣⁣⁠

This is a myth! IV infusions only last for 30-60 mins and most are administered every four hours. So you can get the antibiotics and then can be disconnected from the tubing (as long as you don’t need IV fluids or medication for anything else)!⁣⁣⁠
⁣⁣⁠
Were you GBS positive? Let us know in our comments below 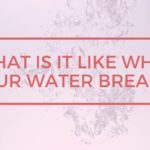