Fish are an excellent source of lean protein, and they’re loaded with omega-3 fatty acids and vitamin D. However, nearly all fish contain small amounts of mercury, which can be harmful to a developing fetus. This article explains how to choose the best fish for your diet.

Both the United States Food and Drug Administration (FDA) and the United States Environmental Protection Agency (EPA) now recommend that pregnant and nursing women, as well as parents of young children, limit consumption of certain fish and shellfish due to mercury contamination.

The FDA and EPA strongly recommend that pregnant women, nursing mothers and parents of young children not eat shark, swordfish or king mackerel because they contain high levels of mercury. These fish also should be avoided by women who may become pregnant, as well as young children and adolescents.

The American College of Obstetricians and Gynecologists (ACOG) urges pregnant women, those who could become pregnant, and those who are breastfeeding to follow the revised recommendation from the FDA and EPA (see table): 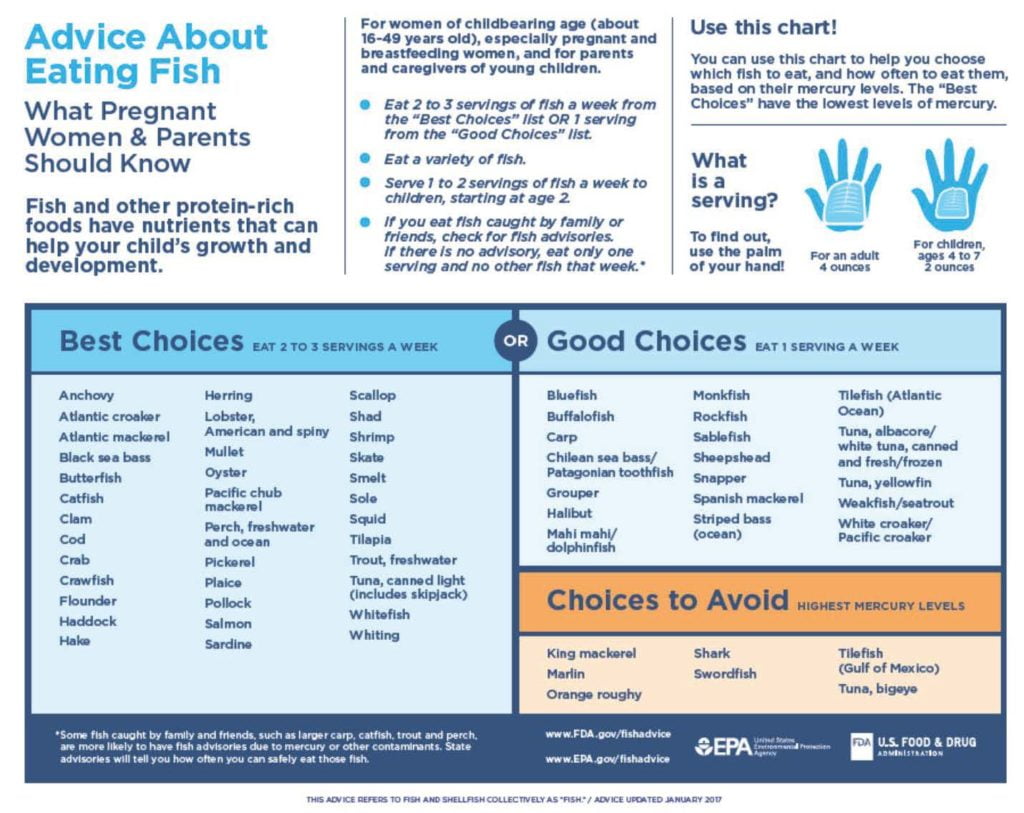 Women who follow these recommendations could benefit from consuming seafood without experiencing a mercury-related increased risk for them or their babies.

Mercury is a liquid metal that exists naturally in the environment and whose amount is increasing due to industrial pollution. When mercury is breathed in, some of it enters the bloodstream. Most people are not affected by these tiny amounts of mercury.

If a woman is exposed to high levels of mercury before or during pregnancy, both her and the baby’s health are threatened. Babies exposed to mercury in the womb can suffer. They can have serious health problems including brain damage, delayed development and learning disabilities.

Do you have any questions?

Discuss these recommendations and the potential benefits of consuming seafood with your OB-GYN or other obstetric care providers.

Keep in mind to limit consumption to 3 servings / 12 ounces per week to limit the harmful effects of mercury.

The information on this website should not be used as a substitute for the medical advice and care of your paediatrician. There can be many variations in the treatment that your paediatrician might recommend based on individual facts and circumstances. 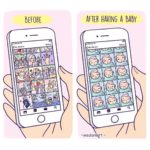