Erythromycin ointment is that goo, applied to your babies eyes in most hospitals and it serves as a safe, inexpensive, and simple means of preventing blindness.

The blindness in question is the result of an infection with 1 of 2 sexually transmitted infections, chlamydia and gonorrhea (often people get both at the same time). Both infections can progress rapidly in the eyes of newborns, damaging the clear part above the pupils (corneas) and causing irreversible damage.

Men and women can cause chlamydia and gonorrhea infections without any symptoms. Obstetrician doctors test most women for these infections during their pregnancies and treat them if they test positive. Still, mothers can still contract these diseases after receiving their test results, so to be safe, the doctors generally treat everyone.

Erythromycin ointment is almost 100% effective in preventing gonorrhea eye infections, but chlamydial infections can arise up to two weeks after delivery. When this happens, only oral antibiotics provide effective treatment.

Because of the damage caused by chlamydia, many pediatricians examine the eyes of newborns for the disease before prescribing antibiotics. Another eye infection can also threaten your baby’s eyesight, including the herpes simplex virus and staph aureus. There are many other reasons why a baby might develop a discharge from the eyes during the first weeks of life, including a rare allergic reaction to erythromycin.

When is the Erythromycin ointment given?

Given the Erythromycin ointment can hinder your newborn’s sight for a short period of time, many parents list on their birth plans that they wish to delay the treatment for a short period of time while they get to know their baby. Though there aren’t too many inherent risks of this procedure since the medications have changed. It is more of an annoyance for some new parents.

With that said, the timing and administration are usually dictated by state law. Though some practitioners will simply go by their personal or hospital policies. If you have a question about delaying or skipping eye ointment for your newborn, start with your GP or practitioner. They will be able to help you with the specifics in your state or country.

When to call the doctor

If your newborn develops a thick, yellowish discharge from one or both eyes, be sure to have a doctor examine him immediately. 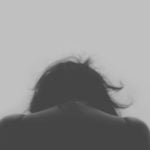 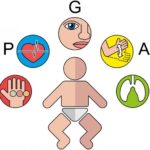