There are a lot of myths associated with breastfeeding so we thought it might be worthwhile covering some of the more common myths so we can set the facts straight,

You cannot get pregnant while you are breastfeeding

While it is true that breastfeeding prevents ovulation in some women, it is not a reliable form of birth control. Talk to your doctor about acceptable birth control. For birth control avoid pills that contain estrogen.

You need to strengthen your nipples before your baby is born.

Your body naturally prepares itself for breastfeeding. Tactics to strengthen them can actually interfere with normal breastfeeding.

Small breasts do not produce as much milk as large ones.

The size of the breasts has nothing to do with the amount of milk they produce.

Breastfeeding will damage the shape of your breasts.

Most women notice that their breasts return to the size and shape they were before pregnancy when they stop breastfeeding.

Age, the effects of gravity, and weight gain have a greater effect on breast size than breastfeeding. The firmness of the breasts always changes after pregnancy.

Sexual arousal during breastfeeding is abnormal.

All babies must be weaned before their first birthday.

When to stop breastfeeding is a totally personal decision and varies significantly based on individual customs and preferences.

The American Academy of Pediatrics recommends breastfeeding as the only source of nutrition for your baby for about six months.

Have You Heard any other myths about breastfeeding?

Share them with our other new moms and moms to be in our comments below. 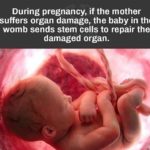 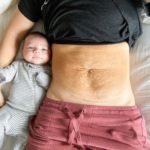