A Caesarean section, also known as C-section, or caesarean delivery, is the surgical procedure by which a baby is delivered through an incision in the mother’s abdomen, often performed because vaginal delivery would put the baby or mother at risk.

In the United States, more than one in three mothers have a cesarean delivery. In a caesarean section, surgery is performed that involves an incision (cut) in the mother’s abdomen and uterus so that the baby can be taken directly from the uterus, instead of going through the birth canal.

Cesarean sections are most often done when:

While most babies present head down in the mother’s womb, about three out of every hundred newborns come in a position where the buttocks, feet, or both come out first during birth ( breech presentation). If your baby has adopted a breech position, your obstetrician will recommend a C-section as the best option for delivery.

This is because it is more difficult to deliver breech babies vaginally, and complications are more likely to occur with a breech baby delivered vaginally.

A doctor can determine the baby’s position by feeling the mother’s lower abdomen at certain points. The doctor may decide to confirm the breech position by asking for an ultrasound or sonogram or other tests.

The birth experience with a cesarean section is very different from that of a vaginal delivery. To begin with, the entire operation usually takes no more than an hour, and depending on the circumstances, you may not even be in labor.

You May also Like
Real-life stories from the birthing unit - epidural of the CENTURY.

Anesthesia options for a Cesarean Birth

Another important difference is the need to use drugs that affect the mother and that can affect the baby. Given the option of receiving anesthesia, most women prefer to receive regional anesthesia — an injection in the back that blocks pain by numbing the spinal nerves — such as epidural or spinal anesthesia.

Administration of regional anesthesia numbs the body from the waist down, has relatively few side effects, and allows you to witness labor. However, sometimes, especially in an emergency cesarean section, general anesthesia must be used.

In that case, you will not be conscious at all. Your obstetrician and anesthesiologist present will advise you which method they consider to be the best, based on the medical circumstances at the time.

Due to the effects of anesthesia and the way the baby is delivered, babies who are delivered by cesarean section sometimes have trouble breathing at first and need extra help.

A pediatrician or other expert in newborn problems is usually present during a cesarean section to examine and assist the baby’s breathing, if necessary, immediately after birth.

If you were awake during the operation, you may be able to see your baby as soon as they have examined him and they determine that he is healthy. Then, you may be taken to the nursery to spend several hours in a temperature-controlled incubator or crib. This allows the hospital staff to watch you as the anesthesia wears off and you adjust to your new environment.

If general anesthesia was used during labor, you may not wake up for a few hours. When you wake up, you may feel groggy and confused. You will also likely feel some pain at the incision site. However, you will soon be able to hold your baby and will quickly make up for the lost time.

You May also Like
Real-life stories from the birthing unit - epidural of the CENTURY.

Don’t be surprised if your baby is still under anesthesia for six to twelve hours after delivery and seems a little numb. If you are going to breastfeed, try to breastfeed as soon as you feel well. Even if your baby is sleepy, their first feed will be a reason for them to wake up and get to know their new world and their new momma. It will also help stimulate your production of breast milk.

Can I give Birth Naturally After A Cesarean?

Many obstetrician doctors consider that, once a woman has had a cesarean delivery, her future babies should be born in the same way because the complication rates are higher in vaginal deliveries after having had a delivery by cesarean section.

However, many women are candidates for a vaginal birth after cesarean section (VBAC). This decision will depend on several factors and should be made in conjunction with your doctor.

Did you have a cesarean section or are you considering one?

Share your views and experience with our other new moms in our comments section below. 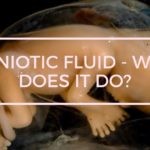 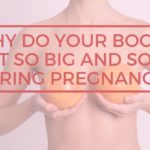