Search
Menu
Is it ok to drink alcohol during pregnancy?

Though I’m sure I’m not alone when it comes to enjoying a nice glass of red wine, the fact of the matter is…there is no known safe amount of alcohol during any stage of pregnancy, and any type of alcohol (beer, wine, liquor) is equally harmful. ⁣
⠀⠀⁣
From the Centers for Disease Control and Prevention:⁣
⠀⠀⁣
Alcohol in your blood passes to the baby through the umbilical cord. We do know that drinking alcohol during pregnancy can cause miscarriage, stillbirth, and a range of lifelong physical, behavioural, and intellectual disabilities. These disabilities are known as fetal alcohol spectrum disorders (FASDs).⁣

There’s truly NO conclusive research out there that drinking any amount or type of alcohol during pregnancy is safe. ⁣
⠀⠀⁣
✅ So, if you just found out you’re pregnant…definitely stop drinking alcohol, if you were a frequent user before pregnancy. ⁣
⠀⠀⁣
✅ If you are trying to conceive, it IS a good idea to cut out alcohol as well-***BUT I know how stressful trying to conceive can be, and if a glass of wine at the end of the day is the only thing keeping you sane…then, it’s likely OK 👍🏻 (but talk to your doc of course). And start exploring alternative forms of stress relief too! 🥳 ⁣
⠀⠀⁣
✅ Let’s say you found out you were pregnant later in the game-maybe after a few months…and you’re concerned that you were drinking while you were actually pregnant, and were unaware.⁣
⠀⠀⁣
This happens ALL THE TIME….and while there CAN be ill effects of heavy alcohol consumption in the first trimester, the only control you have at this point is to stop NOW, at whatever week you’re at. So just concentrate on that!⁣

You May also Like
Food Guide For Pregnant Women 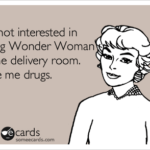 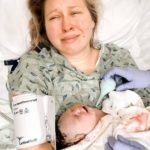