It’s week 31 of your pregnancy, and your babies five sense are developing at an incredible rate!

Watch and listen as Heidi Murkoff explains this and so much more as the big day draws near!

This week, your baby finally comes to his senses. That’s right, all five senses are now operational. Even though your little one is just over 3 pounds and only 16 to 18 inches long, he’s now prepared to fully experience the world that waits just outside his quiet cocoon.

His eyes can now perceive light with fully functioning irises that dilate and contract. And those ears, though tiny, not only can hear, they can distinguish sounds. Studies show that fetal heart rates actually speed up and slow down in response to different music. And while there’s no air underwater for your little minnow to breathe in, his nose is ready for smelling.

And sniff he does, getting a sense of your scent from the amniotic fluid that passes through his nasal passages. Once he emerges, those first real inhalations of air will take in your special mommy aroma, further imprinting it as the one closest to his heart and helping him feel as at home in your arms as he did in your womb.

He’s also exploring with his new senses, playing with his nose, toes, umbilical cord, and your uterine walls to hone his sense of touch. And by opening his little mouth, and tasting and sucking his thumb, he’s getting ready for the good stuff that’ll be coming down the pike in just a few short weeks.

You May also Like
Ultimate SHOULDERS & BACK: 1st & 2nd Trimester Prenatal Workout

Now that his brain is processing the barrage of signals coming in from his senses, cranial connections are multiplying at an astonishing rate. Cerebral development is in high gear and will crank along at breakneck speed for the next several weeks, even after your budding genius has made his grand entrance.

31 weeks and can't wait to meet my prince….. May God protect us from the corona

I finally reach 31weeks .💜💜having a girl

31 Weeks And He Thinks My Uterus Is A Playground 🤣😂 I cant wait to meet my little man during this corona virus …..

I can't wait to meet my 🤴 prince

"Special Mama aroma," are words that should never be uttered ever again.

Im having a Daughter

Im 31 weeks and due in August I can't wait

(who else is here from casting hahaha)

I can wit to see my princess I thank you lord

I'm at 31 weeks now and can't wait for baby to be out of me. Being pregnant is tough

I'm still disturbed by their "baby". It looks like an old man…

Can't wait to meet my prince, pray for all of us mommies in this pandemic,we are strong and we gonna have a safe and healthy delivery and baby in jesus name,please keep safe.my God is Awesome.

I'm 31 weeks and having a girl

Who else wants to give this lady a baby😂

I had zero clue I have been pregnant! I'm 31 wks! I had zero signs n now I'm really scared but excited scared! I only gained like 30 pounds which I thought was covid, ya kno? Crazy! 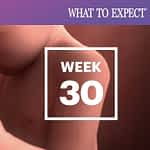 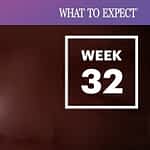 Back to Top
Close
wpDiscuz
39
0
Would love your thoughts, please comment.x
()
x
| Reply
You are going to send email to
Move Comment