From implantation to a crash course in how your baby’s sex is already determined (yes, that soon!), learn more about what to expect during this time in early pregnancy.

Congratulations! You’ve conceived! One tenacious little sperm ran the gauntlet, penetrated your ready egg, and presto! You’re pregnant. Your soon-to-be baby has started its miraculous transformation from one single cell to fully formed baby boy or girl, ready for cuddles and kisses.

Within a matter of hours after conception, the fertilized egg called a zygote divides into two, then splits again and again. Seventy-two hours after fertilization your little zygote has become a ball of 16 cells. This microscopic globe is called a morula, Latin for mulberry. And if you think about it, that ball of cells does look like a berry – a cute little berry that you’ll soon be calling baby.

Over the next few days, the morula continues to drift down your fallopian tube, dividing into a blastocyst, a cluster of cells numbering nearly 100 strong. Its final destination: your uterus, which it’ll call home for the next nine months as it morphs from blastocyst to embryo to fetus to baby!

Meanwhile, swimming along as fast as their little tails can flutter, millions of sperm are making a beeline for that egg. Up through the cervix, into the uterus and then onto the fallopian tube. One especially persistent suitor survives the grueling journey to intercept the egg and burrow into its outer layers. The victorious sperm plunges into the egg’s nucleus, releases its own genetic contribution, and bingo! The egg is officially fertilized. That twinkle in your eye is about to become a baby.

Amazingly, the blastocyst already has two distinct cell types. First, there’s the outer trophoblast cells. They’ll become the placenta, your baby’s lifeline during his stay in your uterine cocoon. The second type of cells is called the embryoblast. This inner cell mass will eventually develop into your baby. Hard to believe, huh?

Though it’ll be a while before you’re able to tell whether your tiny blob of cells is a boy blob or a girl blob, its gender has already been determined by Dad – or actually by his chromosomes. Mom always supplies an X chromosome, but the proud papa provides either an X or a Y chromosome. Two X’s make a girl. An X plus a Y makes a boy. In a few months, you’ll be able to find out what winning letter combination you have growing inside of you.

i’m pregnant!!! found out yesterday congratulations 🍾 🎉 to me

Found out 3days ago! im around 3weeks 6days pregnant according to my last pierod!

So it’s not attached to the uterus yet?

I’m 2 weeks today it says I ovulate today when can I test?!

After 3.5 months of trying to conceive I finally got my positive at 7 pm tonight (10dpo)

I’m not pregnant nor a female. I’m just here because embryology interests me 😂

Just found out this morning❤❤❤

Just found out I am

I just found out I was pregnant this morning

We found out we was expecting on December 14, 2020 I'm 3 weeks and 6 day this is my first and his third
My doctor appointment on December 28 hope everything is okay no symptoms just bloated, cramping, and feeling tired

How did u know that u are pregnant? For 3week? 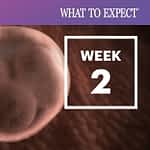 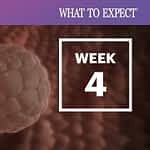 Back to Top
Close
wpDiscuz
20
0
Would love your thoughts, please comment.x
()
x
| Reply
You are going to send email to
Move Comment