Pregnancy author Heidi Murkoff from the best selling What To Expect series tells us what’s happening at 12 weeks of pregnancy.

While it’s hard to believe, your baby has more than doubled in size the past three weeks! He or she is now the size of a plum and has a functioning digestive system.

It’s a landmark week for your little one, since most of his key body systems and vital organs are fully formed by now. Your baby will spend the rest of his gestation bringing those systems up to speed and full maturation so they’ll be able to function to perfection once his big birthday arrives.

Your fetus can now boast the achievement of having more than doubled in size in just three weeks. Crown-to-rump length is about two and a half inches, so he’s about the size of a kiwi, but weighs a lot less, just half an ounce. A fair amount of heft is in that crown: basic brain structure is complete and now it’s time for that brain mass to rapidly increase.

Your baby’s thyroid is now fully formed, the pituitary gland has started producing hormones, and the pancreas has begun to synthesize insulin. Not to be outdone, your baby’s bone marrow is churning out white blood cells, the critical weapons needed to fight infection once your little warrior is on the outside and no longer protected by your immune system.

Muscles in the digestive tract are getting primed, practicing their contractions so they can process food – and lots and lots of poop – after birth. And even though much of the small intestines are still folded up in storage in the umbilical cord, the villi – tiny, finger-like projections that absorb nutrients from food – are now in place.

The best development of all? If you haven’t already heard it, this is the week that your cutie’s heartbeat will come through loud and clear at your checkup. And that’ll be music to your ears.

12 weeks today! On bed rest for a subchorionic hemmorage tho. But I do think it's healing

I’m 12 weeks as of yesterday Im due September 21 congrats to all the other mommy’s !!!

I am 12 weeks and 2 days! Feeling good so far but scared of the thought of labour and caring for a little human being!! I am due 12th October!

I’ll be 11 weeks tomorrow with baby # 2 but my appointment is the following week. So I skipped week 11 video 🤣

Heyyy there congratulations to all future mothers out there.. I have come here to see how my little warrior is doing with his/her mom after 12 weeks. This never goes off of my head…love and best wishes for all of you….😘♥️
Feels like time has stopped… It's a Long wait to see your first child…

I’m 12 weeks and don’t even feel pregnant anymore. I’m 18 and don’t have medicate so I don’t even get to go check up on my baby.😭 I wonder if everything is okay.

After making efforts to have a baby for 3 months, I made a decision that I need to try something new. Fortunately, I discovered this guide and tried it This plan is an amazing guide in recognizing your body’s differences and menstrual periods. I`m heartening my buddies to try to plan. You could learn about this method more by getting to Google. I think name of this tip is Sofia Goρazna
take care

12 weeks today with our third baby, I had vomiting and nausea , I can’t eat anything, it’s normal ?

After 2 failed ivfs and 3 years of heartbreak and sadness I am finally pregnant and just approaching 12 weeks. I have my scan 2work. Nervous and excited

Any advice on things you wished you'd known from those further along? Thank you! 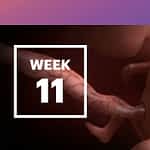 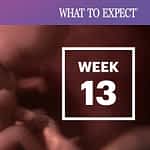 Back to Top
Close
wpDiscuz
28
0
Would love your thoughts, please comment.x
()
x
| Reply
You are going to send email to
Move Comment