WhatToExpect.com’s Heidi Murkoff explains what is happening during week 1 of pregnancy, even though your baby has yet to be conceived!

Learn more about how pregnancy begins as your body gears up for ovulation and prepares for fertilization during these first couple weeks.

Welcome to your miraculous, amazing, and incredible journey through pregnancy, which, believe it or not, officially begins this week even though you’re still about two weeks out from actually becoming pregnant. Say what?

Wondering why it’s called week one even though it’s T-minus two weeks before conception? It’s because your body is already busy prepping for your soon-to-be pregnancy. Right now, all hand’s are on deck gearing up for ovulation, the first step towards making a baby.

But before you ovulate, your uterus has to shed its endometrium, the lining that was built up from last month’s menstrual cycle. That’s why you’re having your period now. Woohoo! Your last one for at least nine months. Now, that’s something to look forward to.

It may seem pretty strange that your pregnancy is dated from the first day of your period, but it really isn’t that strange at all. After all, it’s pretty hard to pinpoint the exact day when egg and sperm meet. So, your doctor sets a starting line of your 40-week pregnancy on your LMP or the first day of the last period you had before you conceived. The benefit to this dating system? You get a pregnancy head start, clocking in a full two of your forty weeks before you’re even expecting – and before your nauseous, and gassy, and bloated, and swollen. Buckle up, you’re in for a wild and wonderful ride. It’s called pregnancy. 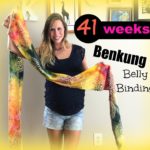 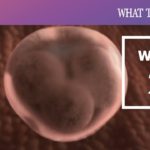